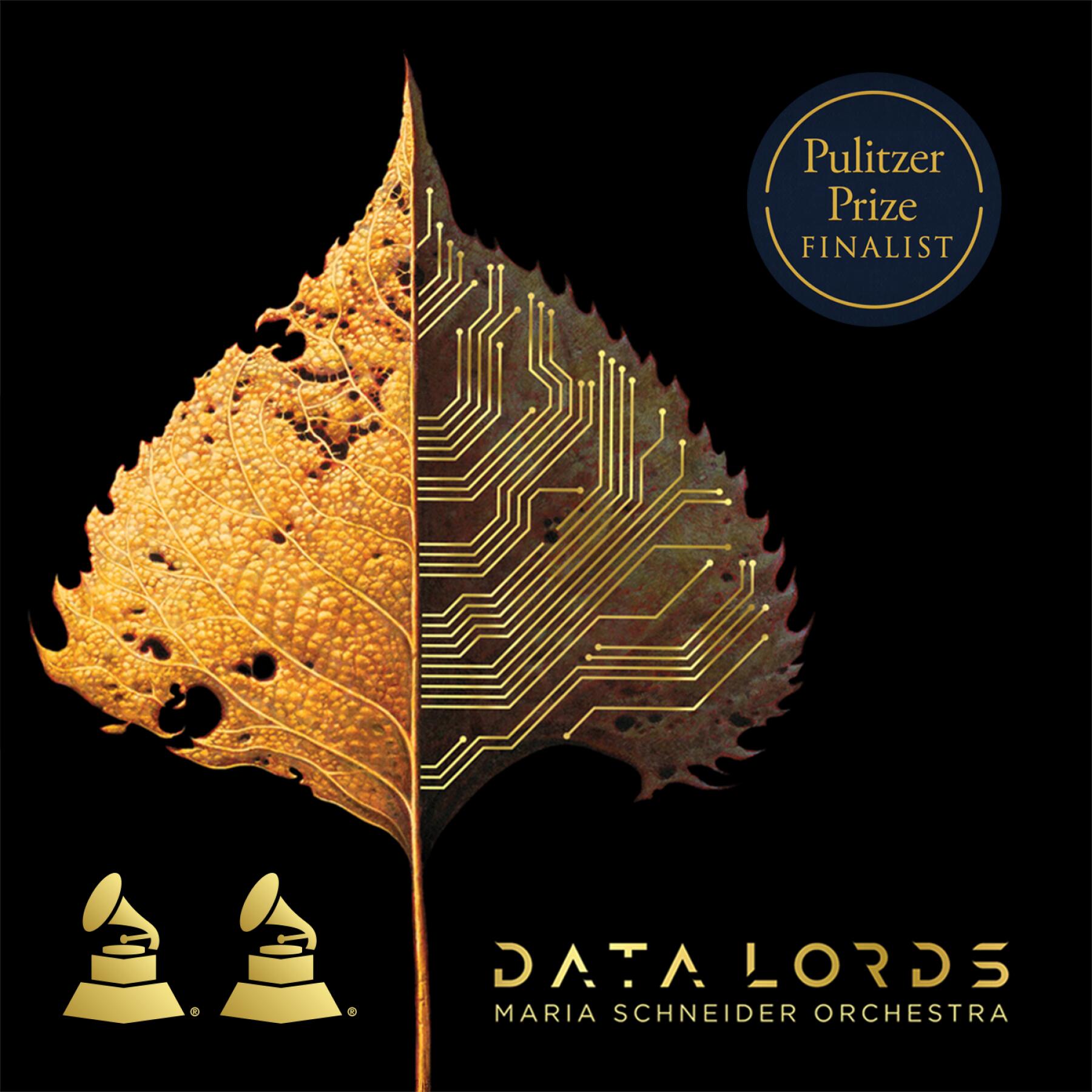 Now it's finally here, in the form of a magnificent double album, Data Lords . . .  it parses into thematic halves, "The Digital World" and, as an antidote, "The Natural World." On the whole and in the details, it amounts to the most daring work of Schneider's career, which sets the bar imposingly high. This is music of extravagant mastery, and it comes imbued with a spirit of risk ...

Schneider’s craft and judgment are such that music in the eerie, dystopian world has the marvellous feeling for structure, pacing and often sheer beauty that listeners who know Schneider’s music will be expecting. . . .

There are instrumental glories throughout this album, but the work of the low brass both as section and as individuals is quite unbelievable and is caught exceptionally well on the recording. Whereas Wagner once said “don’t look at the trombones, it only encourages them", I had the sense that Maria Schneider must keep looking at the trombones a lot. And they certainly deliver here.

“Data Lords,” released on Friday, is her magnum opus, a riveting, remarkably intense double album, as profound as modern-day instrumental music gets.

All compositions by Maria Schneider

Trumpet electronics programming on "CQ CQ, Is Anybody There?" by Michael Lenssen

Recording production assistance by Eunha So